MEXICO CITY, Apr 7 2014 (IPS) - Latin America is not taking the new global agreement to limit mercury emissions seriously: the hazardous metal is still widely used and smuggled in artisanal gold mining and is released by the fossil fuel industry.

After the European Union banned exports of mercury in 2011 and the United States did so in 2013, trade in the metal shot up in the region.
“Mexico’s exports have tripled in the last few years,” Ibrahima Sow, an environmental specialist in the Global Environment Facility’s (GEF) Climate Change and Chemicals Team, told Tierramérica. “And activities like the extraction of gold from recycled electronic goods are on the rise.”

The global treaty on mercury was adopted in October 2013. It includes a ban on new mercury mines, the phase-out of existing mines, control measures for air emissions, and the international regulation of the informal sector for artisanal and small-scale gold mining.

But of the 97 countries around the world that have signed the Minamata Convention on Mercury – including 18 from Latin America and the Caribbean – only one, the United States, has ratified it, and 49 more must do so in order for it to go into effect.

Minamata is the Japanese city that gave its name to the illness caused by severe mercury poisoning. The disease, a neurological syndrome, was first identified there in the 1950s.
It was eventually discovered that it was caused by the release of methylmercury in the industrial wastewater from a chemical plant run by the Chisso Corporation. The local populace suffered from mercury poisoning after eating fish and shellfish containing a build-up of this neurotoxic, carcinogenic chemical.

In Latin America, mercury is used in artisanal gold mining and hospital equipment. And emissions are produced by the extraction, refining, transport and combustion of hydrocarbons; thermoelectric plants; and steelworks.
It is also smuggled in a number of countries.

“It is hard to quantify the illegal imports,” Colombia’s deputy minister of the environment and sustainable development, Pablo Vieira, told Tierramérica. “Everyone knows that artisanal and small-scale mining uses smuggled mercury, mainly coming in from Peru and Ecuador, although hard data is not available.”

According to Colombia’s authorities, the mercury is smuggled through the jungle in the country’s remote border zones.

Mercury Watch, an international alliance which keeps a global database, estimated Latin America’s mercury emissions at 526 tonnes in 2010, with Colombia in the lead, accounting for 180 tonnes.

In an assessment published in 2013, the United Nations Environment Programme (UNEP) estimated that mercury emissions caused by human activities reached 1,960 tonnes in 2010, with artisanal mining as the main source (727 tonnes), followed by the burning of coal, principally from power generation and industrial use.

Artisanal gold mining is practised in at least a dozen Latin American countries, largely in the Andean region and the Amazon rainforest, but in Central America as well, UNEP reports.
Some 500,000 small-scale gold miners drive the legal or illegal demand for mercury.

Mexico and Peru have mercury deposits, but there is no formal primary mercury mining in the region. The extraction is secondary, because the mercury tends to be mixed with other minerals, or comes from the recycling of mercury already extracted and used for other purposes.

The biggest producers are Mexico, Argentina and Colombia, while the main consumers and legal importers are Peru, Colombia and Panama.

In 2012 Mexico, Argentina and Colombia headed the regional list of exporters of mercury and products containing the metal, according to Mercury Watch.

Mercury is naturally present in certain rocks, and can be found in the air, soil and water as a result of industrial emissions.
Bacteria and other microorganisms convert mercury to methylmercury, which can accumulate in different animal species, especially fish.

Mining industry laws in Bolivia, Costa Rica and Honduras ban the use of mercury.

And last year Colombia passed a law that would phase out mercury in mining over the next five years and in industry over the next 10 years.

Since November 2013, the Peruvian Congress has also been debating a draft law to eliminate mercury in mining and replace it in industrial activities.

According to UNEP, there were a total of 11 chlor-alkali plants operating with mercury technology in seven countries in the region in 2012. But several of the factories plan to adopt mercury-free technologies by 2020.

“The mercury content in products, the replacement of mercury, and the temporary storage and final disposal of mercury waste are significant aspects of mercury management,” Raquel Lejtreger, undersecretary in Uruguay’s ministry of housing, territorial planning and environment, told Tierramérica.

Uruguay imports products that contain mercury. But a mercury cell chlor-alkali plant operating in the South American country plans to convert to mercury-free technology, although financing to do so is needed.

GEF has provided funds to Uruguay and other countries in the region for the negotiation of the global treaty on mercury and for the adoption of alternative, mercury-free technologies. But there is still a long way to go.

This story was originally published Apr. 5 by Latin American newspapers that are part of the Tierramérica network.
Gepost door Suriname Mirror op 20:36 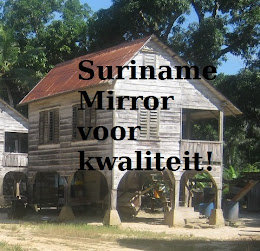 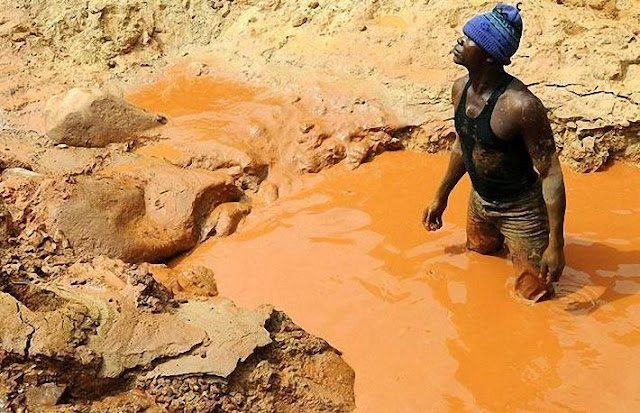 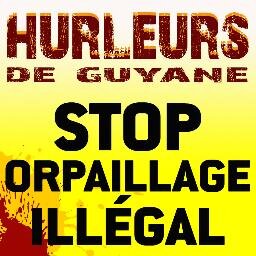